Get rid of the Nanny state!

It makes me angry that the Democrats are keeping us from opening the economy back up.  And one of the things they are doing to maintain a grip of fear on the country is forbidding the use of the hydroxychloroquin regimen that the President is using to prevent and cure COVID 19.

Its time to call your congressmen and tell them that we are adults and we can decide for ourselves if we want to take the risk of taking this drug which has been used for decades without ill effect.

Get rid of the Nanny state.  This is America.  We can take care of ourselves.  Let us have access to the drug which has been proven to prevent and to cure COVID 19 infections!
Posted by De Maria at 8:06 PM 2 comments:

Not as though I had already attained

GC
Your position is biblically untenable.
Oh it sounds real religious, modest and humble, but will in fact, send you to hell.
You are pinning your hopes on an inherent righteousness that is infuuuuused into you, but that righteousness comes and goes like the waves of the sea and will remain IMPERFECT until the day you die, as Paul admitted (Phil 3:9-12).
That is correct. It is precisely as St. Paul describes:
Philippians 3:9 And be found in him, not having mine own righteousness, which is of the law, but that which is through the faith of Christ, the righteousness which is of God by faith:

10 That I may know him, and the power of his resurrection, and the fellowship of his sufferings, being made conformable unto his death;
11 If by any means I might attain unto the resurrection of the dead.
12 Not as though I had already attained, either were already perfect: but I follow after, if that I may apprehend that for which also I am apprehended of Christ Jesus.


Alert: An imperfect righteousness will NOT get you to heaven.
That is true. That is why, those who are imperfect will have to go to Purgatory. Or, are you saying that St. Paul is not in heaven?


The truth is, that we are constituted as righteous by the "OBEDIENCE OF THE ONE" says the Romans 5.
There is more to it than that:
Hebrews 5:9
King James Version (KJV)
9 And being made perfect, he became the author of eternal salvation unto all them that obey him;


As it says, just as by the offense of one (Adam) came upon all men, condemnation; likewise by the righteousness of one, will justification come to all that believe.
Believing presumes obedience.
Philippians 2:12
King James Version (KJV)
12 Wherefore, my beloved, as ye have always obeyed, not as in my presence only, but now much more in my absence, work out your own salvation with fear and trembling.
If you believe, you will obey also. In other words, it requires faith and works. Faith is believing.
Romans 16:26But now is made manifest, and by the scriptures of the prophets, according to the commandment of the everlasting God, made known to all nations for the obedience of faith:


The entire life and death of Christ is subsumed into one ACT of righteousness, per 5:18, and this act of righteousness cannot be madethe act of many, EXCEPT BY IMPUTATION.
You need to look at all of Scripture. Not just one here and one there. The gift spoken of is the gift of the Holy Spirit:
Acts 2:38
Then Peter said unto them, Repent, and be baptized every one of you in the name of Jesus Christ for the remission of sins, and ye shall receive the gift of the Holy Ghost.
It is because of Christ's sacrifice that we can now be infused by the grace of the Holy Spirit, poured out upon us in Baptism:
Acts 22:16

King James Version (KJV)
16 And now why tarriest thou? arise, and be baptized, and wash away thy sins, calling on the name of the Lord.


The conclusion is that you are trusting in the sanctifying work of the Holy Spirit IN you to merit your salvation,
That is correct. Our salvation is God's work:
Philippians 2:11-13
King James Version (KJV)
11 And that every tongue should confess that Jesus Christ is Lord, to the glory of God the Father.
12 Wherefore, my beloved, as ye have always obeyed, not as in my presence only, but now much more in my absence, work out your own salvation with fear and trembling.
13 For it is God which worketh in you both to will and to do of his good pleasure.


which the Bible denies---
Where? Produce chapter and verse.


and refuse to trust in what Jesus did FOR you,
That is what Jesus did for us. By His Sacrifice, He established the Sacraments which are the washing of the Holy Spirit in His Body and Blood.

King James Version (KJV)
17 For the time is come that judgment must begin at the house of God: and if it first begin at us, what shall the end be of them that obey not the gospel of God?


P.S. Don't bother trying to say that the R.O.C. infuuuused is enough to make you stand in confidence on Judgement Day because your theology doesn't bear that out.
We stand in hope:
1 Thessalonians 5:8But let us, who are of the day, be sober, putting on the breastplate of faith and love; and for an helmet, the hope of salvation.


You know the sanctifying work of the Spirit remains INCOMPLETE, otherwise were it sufficient, you would have no need for purgatory!
That is correct. Only those who have been perfected in this life will go directly to heaven. Those who remain imperfect must go t purgatory. God judges who fits which category.
Not you.
Posted by De Maria at 9:14 AM No comments:


GC
If you really believed Paul, you would not need to swallow the Eucharist to have Jesus living inside you..... thus proving that non-catholics have everything you claim to have by not swallowing the Eucharist..... which meeeeens the RC claim that the Eucharist is necessary for salvation, is a sham and a hoax and not needed at all.

1 Corinthians 11:23-24
23 For I have received of the Lord that which also I delivered unto you, that the Lord Jesus the same night in which he was betrayed took bread:

24 And when he had given thanks, he brake it, and said, Take, eat: this is my body, which is broken for you: this do in remembrance of me.
Posted by De Maria at 9:10 AM No comments:

Email ThisBlogThis!Share to TwitterShare to FacebookShare to Pinterest
Links to this post
Labels: Body and blood of Christ, Catholic Apologetics, transubstantiation

We have faith in Christ

RT March 28, 2013 at 7:43 pm
De Maria,
When you can produce an early church father who taught the bodily assumption of Mary, then you may criticize me for believing in things not taught for hundreds of years in church history.

I sincerely doubt that Robert. Because I’m sure you are aware that the Early Church Fathers are all priests, many of them Bishops, who recognize the authority of the Church, believe in faith and works for salvation, received and provide the Sacraments, believe in the Real Presence, in Purgatory and all the other Catholic Doctrines. Yet, you don’t believe any of them.
So, producing a Church Father who taught the bodily assumption of Mary for you to believe in his teaching, would be an exercise in futility. You would simply say that one wasn’t enough and demand another.
That is what I sincerely believe regarding your attitude towards the Faith of Christ.

To address your specific question:
1. Jesus tells Peter that He will give Peter the keys, namely the authority to bind and loose, in Matt. 16. It’s a promise to do something in the future, not at the moment.

And you don’t believe Jesus kept the promise?

2. In Matthew 18:18, the authority to bind and loose is given to at least all the disciples. That is future from the perspective of the original promise in Matt. 16.

But to whom are the keys given. As far as I know, only Jesus and St. Peter possess the keys. Yes, all the disciples can bind and loose. But they must borrow the Keys from the earthly boss, St. Peter to whom Christ gave the other set.

3. Ergo, the keys are not given to St. Peter alone but to all the apostles.

They are given to St. Peter alone. The others are also given authority. But this authority can only be wielded in union with St. Peter.

Peter had a leading role, yes. He was the first to preach to the Gentiles, if nothing else. But there is no hint in that text that Peter was given a special authority that would be perpetually passed down through the history of the church.

Every office which Jesus established is perpetually passed down. This is illustrated in
Acts 1:20
For it is written in the book of Psalms, Let his habitation be desolate, and let no man dwell therein: and his bishoprick let another take.
And confirmed by St. Paul elsewhere:
2 Timothy 2:1-2
King James Version (KJV)
1 Thou therefore, my son, be strong in the grace that is in Christ Jesus.
2 And the things that thou hast heard of me among many witnesses, the same commit thou to faithful men, who shall be able to teach others also.?
Jesus established an ongoing concern. He established the first Corporation, the Church. And appointed therein a Chief Executive (St. Peter; Matt 16:18-19) and a Board of Directors (the Apostles; Luke 6:13) and many other officers (the disciples; 1 Corinthians 12:28).

I know that Rome believes itself infallible and the guarantor of orthodoxy.

That claim was more credible many centuries ago when Rome actually disciplined people. Get your church to again start excommunicating Roman Catholics who flaunt the Roman church’s teaching on birth control, who promote the mortal sin of abortion, who deny papal authority, and who hire lesbian pagans to teach theology at Roman Catholic institutions, and then we can talk about Rome as the guarantor and protector of the truth. Until then, you are living in a fantasy world that I’m not even sure all the other Roman Catholics commenting here would accept.

Spoken like a Pope wannabe. Obviously, you wish the Church were run according to your whims and not according to the Divine Judgment of Jesus Christ who still runs the Church today, through the men He appointed.
2 Corinthians 5:20
Now then we are ambassadors for Christ, as though God did beseech you by us: we pray you in Christ’s stead, be ye reconciled to God.
The Catholic Church is the voice of God in this world. I will obey her.
Posted by De Maria at 7:25 AM No comments: 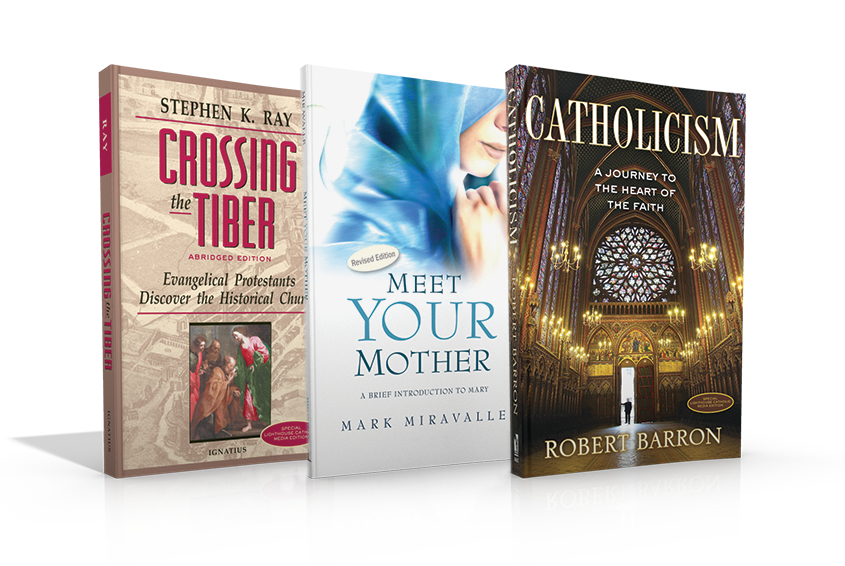